Did you know you can choose to be whoever you want and pretty much as an adult choose your life? We are all born under certain circumstances, with certain genetics and external things we cannot control to a certain extent. But there is so much you CAN control.

I always admired people who wore yellow. People who seemed happy and cheerful and bright. But that was not me. But it could be. I remember when I was 15 years old telling people in a group that my favorite color was gray. That’s okay too.

Maybe you’ve never been a hat person. You know what, you can wear a hat if you want. Sunglasses. A dress. Buzz your hair. Grow it out. It’s whatever.

My wardrobe last year was black tshirts, and black uniforms with black shoes and a tight bun. When I wasn’t wearing that I was probably wearing a black tshirt and some black leggings exhausted on the couch.

But on Sunday I wore a yellow shirt. And guess what? I felt like me. It’s a different me, but also the same. And I like it. 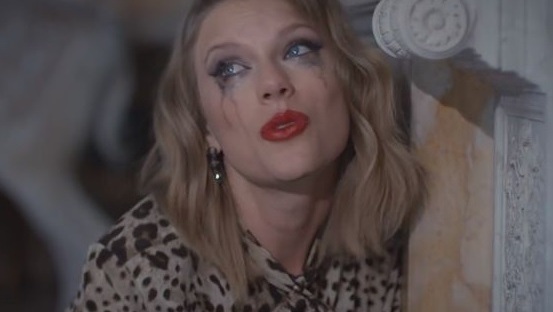 This post spoke to exactly why I dislike much of Taylor Swift’s stuff. 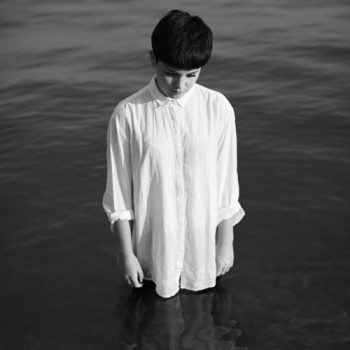 I was searching for a different jam to study to and literally just typed “indie artist” into YouTube. Thanks to this compilation, Kate Miller has now made my list of great indie artists.

Unlike most of the indie artist I’ve written about, Kate Miller is a little more well-known – as should be the case! She is available on both iTunes and SoundCloud. I highly recommend checking out some of her songs. They are sweet, chill and just what I needed for some late-night studying.

Irony is Not a Type of Metal. Definitely my favorite song on James Redding’s album, “Walking Into Brooklyn.”

It was funny how I “met” someone with my same last name who just happens to be a wonderful independent artist. I was searching Facebook for my brother James and accidentally found his page. I noticed he was a musician and decided to check out his music on YouTube. From there, we started a conversation on Facebook and he gave me his whole discography. Now half my iTunes is Redding music!

Redding has a deep voice that is perfect for his rock/grunge style. He is the Tom Waits of his generation. I definitely dig his songwriting ability – he has written so many songs and all of them are worth listening to. My only complaint is that he should get better recordings of some of his music. They are worth the extra effort!

Check out James Redding on iTunes!

Love this sound! Check it out!

After much anticipation on my part, Gabrielle Aplin finally came out with a new album! Light Up the Dark was released in May of this year. I’ve just gotten around to listening to it and it is FABULOUS as always, but there is definitely a slightly darker pop sound than the gentle folk that her single “Home” brought us. We saw a preview of this change in her song “Salvation,” which entirely stole my heart. If you haven’t had a chance to listen to it, do so now. The music video is just as beautifully crafted as the song itself.

So Gabrielle is making a transition (you can even see it in the cover of the album shown!) and I have a feeling it’s gonna keep getting better. She also released her song ‘Heavy Heart’ from the album onto iTunes to promote the album, which is due for release on September 18th, so make sure to get that. For now, give her new song a listen!

A friend introduced this lovely artist to me and I immediately bought her song “Lift Me Up.” This indie folk artist’s music is the most calming sound. Stress just melts when you listen to her songs like “Into the Well” or “On Echo.” The music flows like water. It is soft, with gentle harmony streaming in at unexpected and beautiful places. Her high range and interesting accent gives the music a surreal feel. She is basically the queen of chill. If you are looking for an upbeat/catchy song, I wouldn’t recommend her. But if you want an intriguing and artistic song to calm you down, this is your girl. The electric instruments in her songs all add to the surrealism and fit this modern folk sound perfectly. Give her a listen!

Gabrielle Aplin is a singer-songwriter from the UK. She is a guitarist, pianist, drummer, and a fantastic singer. I first found her on YouTube (like how I find a lot of artists) and she impressed me, not only by the quality of her voice, but her understated yet passionate expression of emotions.

I basically melted the first time I heard her song “Home.” Her tone is so smooth and light – even when she uses her chest voice. Not to mention her beautiful accent, which makes her vowel sounds just lovely.

Recently I watched her music video for a new release called “Salvation.” It is a gorgeous song about discovering someone at the exact time you need them. Although the idea of a person being her salvation seems to contrast with the imagery of avalanches, dark fairy tales, and snow storms. It makes me think she is talking less about salvation and perhaps more about dreaming and a feeling of being buried or captured in those dreams, but it doesn’t add up.

Her ornaments are beautiful: original and soft sounding – unlike many R&B singers or singers with a lot of training (of which she is neither) who belt out the flourishes of the melody.

My only real critique of Gabrielle is that she goes quiet at the ends of her phrases; she stops singing with her core at the end of lines. This effect occasionally works for in trying to be dramatic, but it makes it very hard to decipher words. Especially when she also fails to annunciate the consonants on the ends of words.

Jesse Morrow is a singer/songwriter Seattleite from Washington State: a place near and dear to my heart because I lived there for a large part of my life.

The first song I ever heard by him was “Like A Thief.” A family friend had posted the youtube video on Facebook (the link will bring you there). It has such a simple, beautiful guitar part. I love his voice, the vulnerability of it and how he lets his emotion do what it wants with his voice.

That is something I really dislike about technically-trained singers: they control their voice so much that the emotion becomes fake. It is wonderful when a singer can just express themselves freely and still sound professional.

By professional I mean that he has a sufficient ability to pronunciate, his vocals reflect the emotions of the music, he has a good grasp of dynamics, and his tone fits the style of the music.

Jesse Morrow has such an ability to sway emotion with his soft, understated tones. I hear this especially in the song “When She Goes.” The song is very soft at the beginning, and when it reaches the chorus (“Let it in, just let it in…”) Morrow gets louder dynamically, yet his tone is still soft.

His phrasing is wonderful and he generally mixes well between his head voice and chest voice. He seems to use more head voice then anything, but I think it fits the style. I see more and more guys singing high tenor and falsetto in contemporary music.